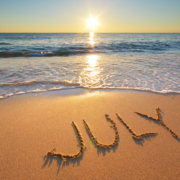 July is here and so, too, is the beginning of probably everyone’s (including my) favorite season, summer! I love July not only because it means summer is ramping up and I got to enjoy awesome barbecues and fireworks on Independence Day, but did you know that July 1st is International Joke Day? As a regular person, I’m here to tell you how much I love these days. As an employment attorney, I’m here to tell you some things you might not be aware of regarding Independence Day and International Joke Day as they relate to the law.

However, like all areas of law, there are certain exceptions. For example:

But, aside from exceptions like the ones described above, generally under California law, employees are not legally entitled to increased wages simply for working on holidays.

So, why do businesses pay employees more money to work on holidays if they don’t legally have to? The common answer is to incentivize employees to work on scheduled holidays.

International Joke Day: Workplace Jokes that Cross the Line Might be Legal Claims

Let’s go back to talking about July 1st and International Joke Day for a moment. Who doesn’t love a good joke? I am personally fond of lawyer jokes (even if they’re at my expense!). However, making inappropriate jokes at work or while conducting business comes with risks. In the business world, certain jokes might seem unprofessional, or worse, could lead to losing business. In the employment law context, inappropriate jokes that refer to a protected class may form the basis of a harassment claim.

I remember saying to myself when I was in law school, “what’s a ‘protected class?’ I’ve never heard of that before.” A protected class is a certain set of characteristics that are legally protected under harassment, discrimination, and retaliation laws. The following is a list of commonly known protected classes under California law (Note: there may be more under local laws):

While most discrimination claims require an adverse employment action—for example, being fired or denied a promotion because the employee is a member of a protected class—a joke that veers into any one of the protected classes listed above may form the basis of a harassment claim as a hostile work environment.

Now, you might ask yourself, “what is a ‘hostile work environment,’ and what does an employee have to show to prove it?”

Generally speaking, a hostile work environment is harassing conduct based on an employee’s protected class that is so severe and pervasive so as to alter the terms and conditions of their employment.

Regarding what an employee must show to establish a hostile work environment under California law, they must generally demonstrate the following:

California courts analyze the following factors to determine whether the harassing conduct was severe or pervasive enough to cross the line into a hostile work environment:

While the above might be a doozy, it’s important to note that, for harassment claims, it’s not necessary for the victim to be subjected to unwanted physical conduct or touching. Indeed, in addition to physical harassment, unlawful harassment also includes:

The identity of the harasser also has significant implications for employers:

So, now that you know the above, what should you do when it comes to making jokes at work? As a general rule of thumb, it’s best not to make jokes regarding any of the protected classes listed above.

Additionally, because employers have the affirmative duty to prevent harassment in the workplace, if you are a business owner, then it’s also best to not allow any jokes to be made regarding any of the protected classes listed above. You should also consult with an experienced employment attorney to develop preventative, proactive, and corrective measures to abide by the affirmative duty to prevent workplace harassment, and to limit potential liability. Some things you may want to discuss with your attorney are the following:

So, now that you know about International Joke Day and may want to celebrate it in the future, please remember that if an employee or co-worker might be uncomfortable hearing a joke, then it’s best not to say it.

If you have more questions regarding employment matters such as the ones listed above, then please feel free to contact Bradley & Gmelich LLP so we can help you with your specific needs.

Prior to joining the firm, Martin was President and Founder of his solo law practice handling various employment matters. Prior to practicing law, he was an extern for the Equal Employment Opportunity Commission (EEOC) and awarded the prestigious Peggy Browning Fellowship to work for the Federal Labor Relations Authority (FLRA), assisting the Office of General Counsel analyze unfair labor practice charges against government agencies.

Martin is a native Spanish speaker and writer, and a former amateur boxer.
mvigodnier@bglawyers.com