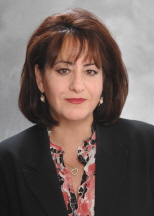 Lena Marderosian has over 35 years of litigation experience. She handles the defense of large, complex cases with catastrophic damages in both California State and United States District Courts. In addition to handling her own cases through trial, she also heads Bradley & Gmelich’s Law and Motion and Appellate Department. Ms. Marderosian has argued before the California Courts of Appeal in the Second Appellate District (Los Angeles and Ventura), Fourth Appellate District (Riverside and San Diego), and before the United States Court of Appeals for the Ninth Circuit. She is also admitted to the United States Supreme Court, in which she successfully opposed a Petition for Writ of Certiorari in the matter of Evans v. AT&T Corporation, MCI Corp. and Pacific Bell, Case No. 00-1527, on behalf of two of the largest telecommunications companies in the country.

The California Court of Appeal held that plaintiff’s counsel to appeal to the social or economic prejudices of the jury is misconduct where irrelevant to the issues of the case, and asking the jury to “place itself in the victim’s shoes and award such damages as they would charge to undergo equivalent pain and suffering” is improper.

When not practicing law, Ms. Marderosian enjoys traveling, preferably off the beaten path. Her past escapades include swimming with sharks in Tahiti, hot-air ballooning over the Serengeti in Africa, climbing the Great Wall in China and the temples in Machu Picchu, Peru, and exploring the colorful city of Havana, Cuba, among others.