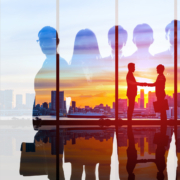 Likely not a surprise to California employers, the California Supreme Court has once again ruled on the side of the employees in Kim v. Reins International California, Inc. On March 12, 2020, the Court held that even after an employee settles and dismisses their individual wage and hour claims, that employee still retains “standing” to represent other allegedly aggrieved employees and sue their mutual employer on their behalf.

Under the Private Attorneys General Act (PAGA), an “aggrieved employee” may bring a representative action seeking civil penalties on behalf of themselves and other “aggrieved employees” for any violation of the California Labor Code. (Cal. Labor Code §§ 2698, et seq.) Indeed, PAGA lawsuits have become increasingly favored by plaintiffs’ attorneys for numerous reasons, including the fact that PAGA claims are not subject to employee arbitration agreements, and thus cannot be compelled into arbitration and employees cannot waive their right to bring or participate in PAGA claims.

Here, Plaintiff Kim worked as a training manager for Reins International, claiming he was misclassified as an exempt employee and alleged various wage and hour violations thereon, including individual claims and a representative claim for civil penalties under the PAGA.

During the course of the litigation, Kim settled and dismissed all of his individual wage and hour claims, leaving the representative PAGA claim outstanding. Reins sought to have the PAGA claim dismissed, arguing that once Kim’s “injury” had been settled and thereby “redressed,” it was no longer a “continuing injury” that needed to be addressed under PAGA. The Court of Appeal agreed with the employer, but Kim then successfully sought review of the issue by the California Supreme Court. The California Supreme Court agreed with Kim.

Oral arguments before the Supreme Court addressed the potential conflict a plaintiff could encounter if forced to choose between his own settlement or proceeding with the representative action and protecting the interests of all aggrieved employees, such as was the case here.

The Supreme Court noted that an employee suing under PAGA “does so as the proxy or agent of the state’s labor law enforcement agencies.… Moreover, the civil penalties a PAGA plaintiff may recover on the state’s behalf are distinct from the statutory damages or penalties that may be available to employees suing for individual violations.”

The Supreme Court also reasoned that allowing an employer to avoid PAGA penalties by settling an individual employee’s claims would frustrate the State’s ability to collect and distribute civil penalties that are supposed to be collected in connection with PAGA claims. The Court was concerned that the State’s ability to recover future PAGA monies “would be diminished” and that “employers could potentially avoid paying any penalties to the state simply by settling with the individual employees.”

The Supreme Court ultimately held that the dismissal of a PAGA claim in this context would prejudice other aggrieved employees and the State’s ability to obtain civil penalties.

Employer Takeaway: California employers should be aware of the significance of this decision in strategizing how to respond to alleged Labor Code violations brought by a single employee. PAGA claims will have newfound strength. Employers may now have to focus their efforts on litigating the PAGA claims rather than trying to avoid those claims by seeking to settle and/or dismiss a representative employee’s individual claims.

Have questions about PAGA litigation or any other pressing employment law issue? Contact your attorneys at Bradley & Gmelich LLP. We are here to help. 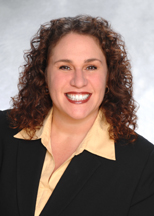 Jaimee K. Wellerstein, Esq. is a Partner and the firm’s Employment Team Head. Representing employers in all aspects of employment law, Ms. Wellerstein collaborates with her clients to develop proactive business and legal strategies to try to avoid workplace conflict and employment disputes. She provides legal advice and counsel to numerous businesses, including conducting individualized training programs for both management and employees. Ms. Wellerstein performs internal audits of her clients’ employment practices to ensure compliance with the rapidly-changing world of employment laws, and guides investigations of employee allegations regarding harassment, discrimination, and employee misconduct.

When litigation cannot be avoided, Ms. Wellerstein aggressively defends her clients against employment law claims in the state and federal courts, as well as at administrative hearings, arbitrations, and mediations. Having defended numerous representative and individual lawsuits on behalf of her clients, Ms. Wellerstein is a skilled litigator and negotiator with a broad spectrum of experience upon which to draw.

A frequent speaker on numerous topics, including employment law and contract law, Ms. Wellerstein regularly conducts training seminars and programs for managers and employees in all areas of employment practices and policies.

What Happens When COVID-19 Affects Your Ability To Meet Contractual Obligat...
Scroll to top