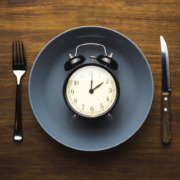 However, how the meal period is calculated has long been a source of disagreement among employers. Some employers have engaged in a practice of rounding time – including meal breaks – to the nearest time increment. In Donahue, the Supreme Court held that adjusting the hours an employee actually took their meal break to the nearest time increment violates the Wage Order.

In this case, the plaintiff filed a class action against her employer for failure to pay premium wages when meal periods were not at least 30-minutes within the first five hours of work. Among other things, plaintiff argued that the employer’s policy rounded time punches to the nearest 10-minute increment, resulting in meal periods that were as short as 22 minutes being rounded up to 30 minutes. Also, the timekeeping software utilized a drop-down menu for noncompliant meal periods. After a missed, short, or late meal period, the timekeeping software prompted the employee to identify which option was the reason for the non-compliant meal. This put the employer on the for premium pay obligations. However, the drop-down menu did not register when a meal period was rounded, thereby giving the appearance of being compliant, even though the time taken was less than 30 minutes. Although the plaintiff conceded the rounding policy may have overcompensated the class as a whole, she argued the policy failed to provide full payment for potential meal period violations because the time-keeping software overlooked noncompliant meal periods due to the rounding policy.

Simply stated, the Court held that employers cannot round meal periods. The Supreme Court reasoned that meal period provisions are designed to prevent even tiny infringements on an employee’s right to a 30 minute meal period and rounding of hours is not compatible with this. Thus, it is important for employers to ensure they are providing employees the full 30 minute meal break they are entitled to and that the time keeping methods keep track of the actual time the employee clocks in and out for meal breaks.

The Court also held that time records showing non-compliant meal periods raises a rebuttable presumption of meal period violations. Affirming its ruling in Brinker Restaurant Corp. v. Superior Court, 53 Cal.4th 1004 (2012), the court noted that an employer needs to “ensure that it provides the employee with bona fide relief from duty and that this is accurately reflected in the employer’s time records.” Thus, employers may present evidence that the employee failed or refused to take a compliant meal period that was provided, or that employees were paid premiums for noncompliant meal periods. The court also noted that representative testimony, surveys, and statistical analyses may serve as mitigating factors to reduce or sometimes even eliminate liability. The Supreme Court also clarified that this presumption does not apply only to records showing missed meal periods, but also to records showing short and delayed meal periods.

Employer Takeaway: Employers should do away with policies and procedures that allow for time-rounding of meal periods. Employees should keep track of the actual time they take for meal breaks. If the employee records less than a 30 minute meal break or the meal break was taken late or not at all, a meal break premium should be paid. Likewise, records showing employees received all the meal breaks they are entitled to should be meticulously maintained to prove compliance. 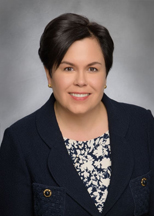 Kathryn (Kamil) Canale is a Partner at Bradley & Gmelich LLP. Kamil is an AV-Preeminent rated trial attorney who has defended clients for more than 20 years in business, employment (employer side) and civil litigation matters. She is known for her ability to find creative solutions to complex legal problems.

Ms. Canale is admitted to practice law in California and before the Supreme Court of the United States. Growing up, Ms. Canale lived all over the United States and Europe. She graduated from the University of Evansville in Indiana with a BA in International Business and Marketing. She also ran Division I Cross Country. After college, she obtained her law degree from California Western School of Law in San Diego. During law school Ms. Canale fell in love with the Golden State and decided to make it her home.

Ms. Canale has won numerous jury trials on behalf of her clients. Most notably, she was lead trial counsel in a jury trial on behalf of a large cosmetics manufacturer in a products liability case where it was alleged the product contained asbestos. Plaintiff claimed the product caused her cancer and demanded over $30 Million. After a several month jury trial, the jury found in favor of Ms. Canale’s manufacturing client.

In addition to the practice of law, Ms. Canale sits of the board of directors of Paws for Life K9 Rescue, a non-profit organization that pulls dogs from local shelters and places them with incarcerated trainers throughout the California State Prison System. The dogs are provided basic training prior to adoption or proceed with further training to become PTSD service dogs for military veterans and first responders.

She is also active with the National Association of Women Business Owners, is a member of “The Hive,” a national legal think tank comprised of women attorneys, and the Association of Southern California Defense Counsel.
kcanale@bglawyers.com