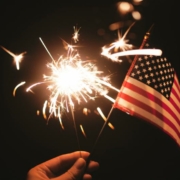 In the words of the great Abraham Lincoln, “Those who deny freedom to others deserve it not for themselves.” However, while we may live in the land of the free , complete and unfettered freedom for all is not always possible.

With the Fourth of July just around the corner, most people are preparing to celebrate the birth of our nation’s independence with fireworks, barbecues, picnics and family gatherings. Meanwhile, the California Court of Appeal has been busy balancing the interests of two constitutionally protected groups that happen to have conflicting constitutional freedoms and rights.

Do You Have to Let Others Protest on Your Private Property?

To what extent do protestors have a right to picket on privately-owned premises? For years the California judiciary has been grappling with this issue.

In a recent case the California Court of Appeals weighed the interests of a privately-owned amusement park owner’s constitutional right to the private ownership and use of his property against animal activists’ First Amendment right to exercise free speech. (Park Mgmt. Corp. v. In Def. of Animals (2019) WL 2539295.) The Court ultimately reversed a lower court judgment that had barred an animal activist from protesting on the amusement park premises. Instead, they ruled that Park Management Corporation could not prohibit animal activists from protesting in the un-ticketed, exterior portions of its privately-owned amusement park, Six Flags Discovery Kingdom.

Essentially, the case pit the amusement park owner’s interest in excluding others from its privately-owned property against the animal activists’ interest in freely expressing and boycotting the treatment of the animals at this amusement park. The Court found that the activists’ right to free speech superseded the amusement park owner’s property rights under this specific set of circumstances.
Previously, in Robins v. Pruneyard Shopping Center (1979) the California Supreme Court held that persons could petition in privately-owned shopping centers. The Court reasoned that shopping centers are “public forums” since they are designed in such a way as to invite the public to gather and linger. Now, this new ruling has extended the scope of the types of privately-owned premises where protesting is allowed to also include the un-ticketed, exterior portions of amusement parks.

While the parking lot of an amusement park may not seem analogous to the type of privately-owned premises seen in the Robins matter, which involved a shopping center with seating areas and an environment that invites socializing, the Court in Park Management found that peaceful protesting by animal activists was not likely to interfere with the amusement park owner’s use of his property.

The California Supreme Court has not provided an exact rule about when a particular type of private property is a “public forum” for free speech purposes. However, the Court has provided general guidance, stating that private property is a “public forum” if it is open to the public in the same way as public streets or parks. Another type of private property where California has allowed peaceful protesting is at a privately owned railway terminal. (In re Hoffman (1967) 67 Cal.2d 845) On the other hand, this Court also stated that the individuals who had been protesting could have legitimately been asked to leave if their protesting activities interfered with the property owner’s railroad business. 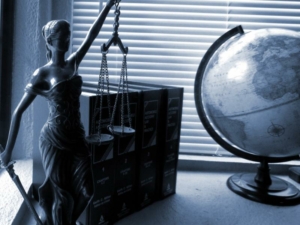 Ultimately, California has no “one size fits all” rule for deciding what types of private property can be used by individuals to exercise their right to free speech. Rather, California Courts have used the general rule set forth by the Supreme Court as guidance, and balanced the interests of each constitutionally protected group under the unique set of facts and circumstances underlying each case. If a specific protesting activity in question interferes with a private property owner’s business, chances are that the private property owner’s constitutional right will prevail. However, if there is no such interference, the scale will likely weigh in favor of an individual’s free speech rights. In weighing the interests of both constitutionally protected groups under the particular facts in the Park Management case, The Court of Appeal found the activists’ peaceful protesting did not interfere with the amusement park owner’s business, and found that the scale tipped in favor of the activists’ free speech rights.

The Court’s ruling in Park Management also raises additional questions about liability. What happens if a protestor is injured on one’s private property while picketing? Would a private property owner be liable, even if he was barred from excluding the demonstrator in the first place under California’s free speech protections? Again, each case must be carefully reviewed and decided on its own unique set of facts.

So what can property owners do when dealing with individuals exercising their right to free speech on their private property? One option is to post signage indicating that they do not share the opinions expressed by the demonstrators. Another option is to place the issue before a civil court. A civil court can assess the specifics of the situation and possibly issue an order setting guidelines in place as to how, when and precisely where the demonstrations can take place. Ensuring that there are appropriate guidelines in place would be in the best interest of everyone involved, in that it would allow for the free expression of ideas while also ensuring that protesting activities do not interfere with private property rights.

Perhaps as you lay out your blanket to sit back and watch the fireworks this Fourth of July, you’ll take a moment to ponder what “Freedom” really means. Just as our world and our society is constantly changing and growing, so must our constitutional rights and freedoms grow, adapt, and be re-defined.

Nevertheless, if you do happen to find yourself in a situation where your property or free speech rights are at issue, contact an experienced attorney to guide you and ensure that your rights and freedoms are as protected as possible under current California law. 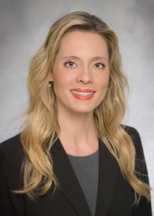 Dana M. Enyart, Esq . earned her undergraduate degree from University of California, Los Angeles (UCLA) where she majored in Philosophy. She received her Juris Doctorate Degree from Loyola Law School, Los Angeles. While in law school, Dana was a member of Loyola’s Civil Litigation Concentration Program. Upon graduation, she was selected as a Fellow of the American Board of Trial Advocates. Since her admittance to the California State Bar, Dana has acquired extensive litigation experience in various fields including personal injury, insurance defense, motor vehicle collisions, catastrophic injury, wrongful death, and premises liability.