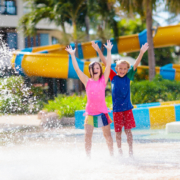 With more and more persons receiving the COVID-19 vaccine in time for summer, people are anxiously getting out of their homes to enjoy time with family and friends – in many cases, for the first time in over a year. Zoom birthday parties and video-call holiday dinners are gradually being left behind to make way for excursions outdoors, and with other people beyond our limited “pods” and households. As we venture out into the real world again, it is important that we remember to do so responsibly.

However, even before the pandemic, California law recognized that many voluntary, recreational pursuits carry their own inherent risk of injury. While people who are injured during such activities cannot always turn around and sue fellow participants to recover damages for such commonplace injuries, the persons engaging in such activities, or making such activities available, are also responsible for not increasing the risks of such activities for others. In 2020, the California Court of Appeal ruled in three cases which add up to a timely refresher course in this “assumption of risk” doctrine.

Be Careful When You Let Go Of The Leash.

In July 2020, the Court decided the case of Wolf v. Weber. In that case, Ms. Wolf was walking her dog, Maury, on a hiking trail in a public park in the San Francisco Bay Area. As Ms. Wolf hiked toward the end of the trail with Maury off his leash, Mr. Weber hiked about 70 feet ahead of them – only with his much larger, Mastiff-Boxer mix dog, Luigi. As Luigi ran back toward Ms. Wolf and ignored Mr. Weber’s commands to “sit,” Ms. Wolf became frightened of the larger dog and started to turn away from the approaching dog.

Although the witnesses gave varying accounts of whether Maury “intercepted” Luigi, or whether the two dogs were simply “playing,” the two dogs ended up barreling into the back of Ms. Wolf’s right knee. The impact knocked Ms. Wolf to the ground, causing her to dislocate her ankle, and break two bones in her leg. After Ms. Wolf sued Mr. Weber for negligence, Mr. Weber was awarded summary judgment, based on his claim that Ms. Wolf assumed the risk of “being bumped by a dog running back to its owner or tumbling over another dog.”

The Court of Appeal overturned the lower court’s judgment in favor of Mr. Weber because a Local Park District Ordinance clearly provided that dogs were allowed off their leashes inside the park so long as they remain under their owners’ control. Because there was a dispute as to whether Mr. Weber exercised the level of control required for him to have Luigi off-leash within the park in the first place, and because Ms. Wolf did not voluntarily initiate the contact with Luigi, the judgment in Mr. Weber’s favor was reversed.

Remember When It’s Only A Game.

Later, in December 2020, the Court of Appeal decided the case of Szarowicz v. Birenbaum. In that case, Mr. Szarowicz was playing in a volunteer, recreational hockey league when he was injured by another player (Mr. Birenbaum) during a “no-contact” and “no-check” game. Mr. Birenbaum illegally took six full-speed strides on the ice and blindsided Mr. Szarowicz, which knocked Mr. Szarowicz into the air, and caused him to lose consciousness when he landed back on the ice.

After Mr. Szarowicz filed a lawsuit for negligence and intentional tort, Mr. Birenbaum filed a motion for summary judgment under the assumption of risk doctrine. Although the trial court granted the motion based on its finding that body-checks are an “inherent risk of the game,” the Court of Appeal reversed the decision because a jury could also find Mr. Birenbaum liable for Mr. Szarowicz’s injuries if Mr. Birenbaum intentionally injured him or engaged in conduct “so reckless as to be totally outside the range of the ordinary activity involved.”

Likewise, the Court explained: “an incidental check may be an inherent risk in no-check hockey, but a reasonable trier of fact could find that a violent, full speed, open ice check on an oblivious opponent with no attempt to play the puck is ‘totally outside the range of the ordinary activity’ involved in no-check hockey” and subject to liability.

Taking Someone for A Ride Means Taking Some Responsibility For Safety.

As amusement parks begin reopening, it is worth mentioning that operators of roller coasters and waterslides also have responsibilities when it comes to the safety of their guests. In May 2020, the Court of Appeal explained that a waterslide is not a mere “participatory activity” subject to the assumption of risk doctrine, but rather is “an amusement ride similar to a roller coaster” and imposes a higher duty of care on its operator.

In Sharufa v. Festival Fun Parks, LLC, Mr. Sharufa suffered a fractured hip and pelvis after he slipped off an inner tube while inside a water slide, causing his feet to impact with the floor of the splash pool at the end of the slide. Mr. Sharufa sued the water park operator for negligence and products liability, and the court granted summary adjudication to the water park operator on those claims, finding that Mr. Sharufa assumed the risk of injury by using the slide. However, the Court of Appeal reversed that decision and found that the doctrine did not apply.

The Court explained that, “the operator of a roller coaster or similar amusement park ride” is a common carrier, and therefore must act with more than simple “ordinary care” to maintain the safety of the persons being transported on the ride. The Court distinguished this situation from a 2012 case involving a person injured while using bumper cars in which the assumption of risk did apply. Importantly, Mr. Sharufa could not control his direction or acceleration while on the waterslide, and the park operator “predetermines any ascents, drops, accelerations, decelerations, turns, or twists of the ride” just like any other roller coaster.

As the Court stated: “waterslide riders, like roller coaster riders, expect the sensation of danger without actually being in danger.” Based on this reasoning, the judgment for the water park operator was reversed.

As the old adage states, “it’s all fun and games until someone loses an eye.” While the saying is a bit graphic, the basic principle remains the same. As we venture back outside and onto baseball fields and basketball courts, or to gatherings at beaches, bars, and amusement parks, we all need to enjoy ourselves responsibly. By the same token, businesses and public entities who facilitate such activities must also make sure that they set – and enforce – rules which do not increase the inherent risks of such recreational activities, whether they are solo or group activities. If you have any questions as to how this ruling might affect your business, feel free to contact Bradley & Gmelich LLP so we can help you with your specific needs. 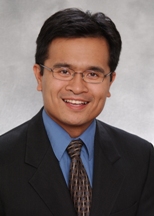 Mark graduated from the UCLA School of Law in 1997. While in law school, he served as a teaching assistant in the Lawyering Skills Program, helping first-year students develop their legal writing and advocacy abilities. He also counseled clients at UCLA’s Student Legal Services Office, and helped coordinate fundraising and volunteering efforts for the UCLA Public Interest Law Foundation.

All Jokes Aside, Happy Fourth of July!
Scroll to top