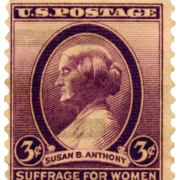 The year 2020 will likely be remembered as noteworthy for many reasons, such as COVID-19 and the protests surrounding the death of George Floyd.

There is, however, a reason to celebrate 2020. It is the 100th anniversary of the passage of the 19th Amendment to the Constitution. The 19th Amendment guarantees women the right to vote. A reason to mark this Anniversary in June is the June 17, 1873 trial of Susan B. Anthony. This trial brought Miss Anthony and others to the forefront of women’s suffrage. The Suffragists still impact the world today.

No right to vote existed for women in 1872

To register to vote and then vote in the federal election, Miss Anthony overcame many hurdles. Shortly after casting her vote, however, Miss Anthony was convicted of the crime of voting as “a person of the female sex.”

Would Miss Anthony be acquitted if the trial occurred today? Well, let’s take a look.

The 14th Amendment, which was passed following the emancipation of slaves, provides that all persons born in the United States are “citizens” and no state “shall abridge the privileges or immunities of citizens.” Miss Anthony argued that a privilege of citizenship was the right to vote. She proclaimed that as persons born in the United States, and as citizens subject to taxes and incarceration, women were entitled to vote. It is hard to imagine, now, that the public disagreed.

But in 1872 the courts determined the “truth” to be that law-making belonged to men, not women. Women were “unfit” and “incompetent.” It was a cardinal rule of law that women had no legal existence separate from their husbands. Women didn’t exist.

To combat this rule, Miss Anthony became one of the most visible leaders of the women’s suffrage movement. She took to the streets, gave hundreds of speeches, wrote a newspaper and organized suffragists. When Miss Anthony asked, “Is it a crime for a U.S. citizen to vote?” newspaper articles responded that “Citizenship no more carries the right to vote than it carries the power to fly to the moon.”

Miss Anthony’s criminal trial was unique in a number of respects, whether measured by those times or by modern times…

The Judge: The Honorable Ward Hunt, just appointed to the United States Supreme Court, presided as the federal judge over Miss Anthony’s criminal trial. This is something not likely to be seen in modern times.

The Defendant’s Attorney Testified: Miss Anthony’s attorney testified. This is also a rare occurrence in modern times. He testified that because he advised Miss Anthony that the Constitution authorized her to vote, she did not commit the crime of “knowingly” voting without a lawful right to do so.

The Judge Directed a Guilty Verdict: When the defense rested, Judge Hunt held that Miss Anthony had no right to vote and her good faith belief in the right to vote was no defense. Judge Hunt directed the jury (of 12 men) to find a verdict of “guilty.” By directing a “guilty” verdict, Judge Hunt effectively denied Miss Anthony the Constitutional right to a trial by jury.

The Sentence: Judge Hunt refused to sentence Miss Anthony to jail. This denied her the right to file an appeal of her conviction to a higher court. He did, however, fine Miss Anthony $100, which she refused to pay. Miss Anthony’s subsequent petition to Congress to repeal the fine was ignored.

The Supreme Court decided no one has the right to vote

After Miss Anthony’s trial, the United States Supreme Court specifically addressed a woman’s right to vote. In Minor v. Happersett, 88 U.S. 162, 171, 22 L. Ed. 627 (1874), the Court decided that women did, indeed, qualify as “citizens” under the 14th Amendment. However, the Minor Court also held that no citizen has the “right to vote.” Not even men!

How can that be, you ask?

Well…the Constitution does not concretely define the “privileges and immunities” available to U.S. citizens. The unanimous opinion (of nine men on the Minor Court) concluded:“the Constitution of the United States does not confer the right of suffrage upon any one.” The Minor Court concluded that each of the individual states could decide voting requirements for its citizens. This allowed states to continue to prohibit women from voting.

The unprotected rights and privileges of citizenship

So, there’s the rub. The constitutionally-protected privileges of citizenship do not include the right to vote, among other things. The unprotected rights are left to be determined on a state-by-state basis. But for the passage of the 19th Amendment, a state has the power to eliminate a woman’s “right” to vote.

Thus, a sword of Damocles hangs over women. The 14th Amendment gives equal protection to all citizens, but does not explicitly mention women. The 19th Amendment explicitly gives women equal voting rights, but is limited in scope to that right to vote.

If the states can decide a citizen’s rights and privileges, can a state also take those rights and privileges away? Those types of laws are vulnerable to the whims of legislators and may be overruled by another bill passed by a simple majority of Congress. This is a determination that continues to plague women, blacks, Latinos, native Americans, the LGBTQ+ community and all those disenfranchised in some manner.

So . . . let’s pose the question again: Would Miss Anthony be found “not guilty” today? Of course! It is no longer a crime for women to vote.

In addition, a trial occurring now would be different because women cannot be prohibited from serving as lawyers (1971), federal judges (1928), Supreme Court justices (1981) or jurors (1975). Miss Anthony’s modern-day criminal trial would be tried by a jury of her peers, perhaps with a female judge, and she would not be prevented from testifying on the basis of sex. Federal courts can no longer direct a guilty verdict in a criminal trial.

Now, the United States has the ability to fly to the moon and have female astronauts (1979) perform that task. Women can have credit cards (1974), can run in the Boston Marathon (1972), can go to Harvard (1977) and can obtain equal-cost health insurance (2010). Women are not prohibited from being reporters (1970), artists, doctors, musicians, movie directors, police officers, fire fighters, military personnel (1948), and potentially any other profession under the sun.

So let’s celebrate Miss Anthony’s June 1873 trial, because it—and the women’s suffrage movement—eventually altered the landscape in which we live. They continue to do so. 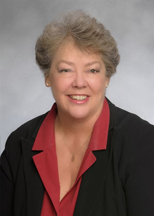 Dawn Cushman, Esq. has been an attorney in California for almost 40 years and is a Certified Specialist in Appellate Law. She has submitted over 80 appellate briefs in both state and federal appellate courts, resulting in over 10 published appellate court decisions, and involving subjects including construction defect litigation, wrongful termination, discrimination, causation and comparative fault in tort litigation, medical staff privileges, elder abuse litigation, proper expert discovery, elimination of punitive damages claims, and insurance bad faith litigation.