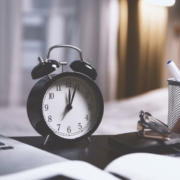 On March 7, 2019, the U.S. Department of Labor (DOL) announced a new proposed rule that would increase the white-collar salary threshold for exempt executive, administrative and professional employees from the current $23,660 to $35,308 per year. The DOL reports this significant increase could result in more than a million American workers being eligible for overtime compensation. The new rule does not make changes to the job duties test, nor does it provide for automatic adjustments to the salary threshold.

Employers may recall back in 2015, the DOL announced a proposed federal overtime rule and it didn’t end well. Before it went into effect, 21 states and a coalition of more than 50 businesses filed separate lawsuits challenging the rule, and the court issued a nationwide preliminary injunction blocking it. In September 2017, a federal judge struck down the controversial new rule. In the meantime, the DOL was directed by the new administration to gather more input on the overtime rule and propose a revision to the rules.

Have questions about the DOL proposed rule or any other pressing employment law issues? Your attorneys at Bradley & Gmelich LLP can help . 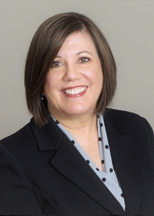 Annette M. Barber, Esq. earned her Bachelor of Science in Organizational Behavior from University of San Francisco and received her Juris Doctorate from Southwestern University School of Law. During law school, Ms. Barber participated in the Moot Court Honors Program.

After law school, Ms. Barber entered private practice in the Los Angeles area with a focus on representing employers in employment litigation. In 2001, Ms. Barber left private practice and became employed with a global security company of 100,000 U.S. employees as an employment law attorney and then as Corporate Vice President directing HR Compliance nationwide for all 50 states, Puerto Rico and Guam. After 17 successful years as a corporate lawyer, Ms. Barber joined the firm as Special Counsel.