You are here: Home / Legal Updates / Employment / New Minimum Wage Laws For Los Angeles And Beyond

Just two weeks after the new minimum wage laws went into effect, some employers have been taken by surprise at their broad scope.  This is what you need to know about the City of Los Angeles ordinances and how they affect businesses outside of the City limits:

Minimum Wage was Raised to $10.50 in Areas Outside of Los Angeles

Last year, most employers learned from the media (or the muffled screams of their comrades) that Los Angeles passed a Minimum Wage Ordinance increasing both minimum wage and mandatory paid sick leave.  The ordinance went into effect on July 1, 2016.  Many were prepared for minimum wage to rise from $10.00 to $10.50 and for sick leave days to increase from 3 per year to 6 on that date, but did not realize that the scope of increases extended far outside of the City of Los Angeles proper.

All employers who employ 26 or more employees are subject to the ordinance.  Smaller employers (with 25 or fewer workers) have a one year reprieve, before being required to pay the higher rate.  The Minimum Wage ordinance applies to any non-exempt employee who performs at least two hours of work in a particular week within the City of Los Angeles (or an unincorporated city within the County of Los Angeles, please see the attached list), for an employer.

Sick Pay Coverage Under the Ordinance:

Employees who work for an employer for 30 days or more in the City of Los Angeles within a year of hire are entitled to all of the sick leave benefits. Leave accrues from the first day of employment or from July 1, 2016, the date the ordinance took effect, whichever is later. Similar to California law, the Employer can require that employees wait until the 90th day of employment before using accrued sick leave.

Also be aware that an important difference between the Los Angeles ordinance and state sick pay is that the employees in the City of Los Angeles don’t have to take the sick time in minimum increments of 2 hours.

Minimum Wage Increases in Other Cities
Several California cities have their own, independent minimum wage orders.  Here is an overview:

[a] An exception would be Cities like San Diego and Santa Monica where voters have passed their own sick pay ordinance.

Should you have any questions about the scope or application of the new Los Angeles Minimum Wage Ordinance, please do not hesitate to contact Bradley & Gmelich LLP at (818) 243-5200. 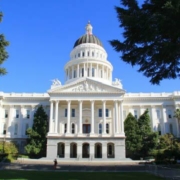 Haunted Houses, and other Spooky Tales…
Scroll to top