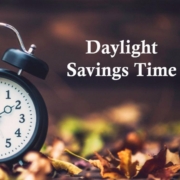 Either you had yourself quite the weekend or you have simply experienced Daylight Saving Time, also known as the dreaded “Spring Forward,” when time inexorably skips forward one hour while you sleep, and you are left feeling robbed of your precious time, inconsolable as if some injustice has been placed on you.

Then, fast forward to the first Sunday of November, you wake up in the morning and find yourself pleasantly excited that you have seemingly gained an hour of time in your day. Joyous at first, but later in the day you are left wondering what happened to the afternoon, as the daylight has slipped away from your helpless grasp.

Why do we move time forward just to move it back? Why do we have Daylight Saving Time?

Some sources credit Benjamin Franklin as the person who first invented DST. In his letter to the editor of the Journal of Paris entitled, “An Economical Project for Diminishing the Cost of Light,” Mr. Franklin suggested that many candles could be preserved if people changed their sleeping schedules based on daylight. It turns out that other than being one of the founding fathers of the U.S., Mr. Franklin was somewhat of a (bad) jokester, as his letter was intended as a satirical essay. I suppose we could add “amateur comedian” to the list of Mr. Franklin’s many accomplishments.

In reality, towards the end of World War I, Congress first passed the law that had everyone in the country move the time on their clocks one hour forward in the springtime and one hour backwards in the fall — i.e. DST. The purpose of this law was to conserve energy during a time in which energy was scarce and when the concept of rationing was held paramount due to circumstances of the war. The prevailing idea was that by moving up the time, we would have more daylight during the “day” and therefore could reduce our use of electricity for longer periods of time at “night.” The federal government later passed the Uniform Time Act of 1966, establishing a system of uniform DST, and allowed each state to determine whether to adopt this uniform system.

Ironically, in 2020, DST is anything but uniform across the United States. For instance, Arizona is one of the states that does not observe DST. Hawaii also chooses not to recognize the arbitrary changing of the clocks, thereby truly cementing itself as a paradise.

In California, Proposition 7 was passed by voters in November, 2018. This proposition gave the state legislature the authority to adopt a standard permanent time, preventing the switching of clocks one hour forward in the spring and one hour back in the fall. However, there is a wrinkle in this time proposition: The federal government must approve this adoption. In May 2019, the U.S. Assembly passed the bill (AB 7), and currently and in typical bureaucratic fashion, the bill is in stand-still in the Senate Committee on Energy, Utilities and Communication. A two-thirds vote by the U.S. Senate on AB 7 would put California in permanent DST, with the time jumping one hour forward in the spring permanently being the standard time.

The Effects of DST

Why all the hoopla over changing the time one hour forward in the spring and one hour back in the fall? Health reasons for one. Hospitals across the country have reported an approximately 24% increase in heart attacks (or heart attack-related issues) on the Monday after DST in the springtime. Meanwhile, in the fall when time falls back one hour, hospitals have reported an approximately 21% decrease in heart attacks.

On the flipside, when we fall back an hour, there is a spike (approximately
10%) in cases of depression and seasonal affective disorder since we lose an hour of daylight in the afternoon. Accordingly, medical experts encourage spending more time outside and in the sun when we fall back one hour.

There are other effects as well. A 2016 study that was published in the journal, Psychological Science, showed that judges gave defendants harsher sentences the day following DST in the spring. The criminal sentences were on average about 10% longer. Also found were correlations between the shift in time and increases in suicides, workplace injuries, and car accidents.

There are implications for employers and employees too. The Fair Labor Standards Act (FLSA) requires that employers pay nonexempt employees for all hours actually worked. Therefore, employees who work the graveyard shift during DST must be paid accordingly. Thus, employees who work graveyard shifts when DST begins in March should be paid 1 hour less but should receive 1 hour of additional pay when DST ends in November. And if they end up working more than 40 hours for the week, they could be entitled to overtime pay.

It turns out that a simple one-hour shift of time can have a profound impact on daily life. Perhaps this is why there is a movement for several states, such as California, to adopt a year-round Daylight Saving Time to avoid the confusion and hassle of moving our clocks back and forth each year.

Maybe this author was not being so dramatic after all.

Stephan P. Hyun, Esq. is Special Counsel at Bradley & Gmelich LLP. Mr. Hyun’s ability to effectively advocate on behalf of his clients arose from his service counseling and representing claimants who had been denied unemployment benefits, at administrative hearings for the Unemployment Action Center in New York City. Today Mr. Hyun continues this advocacy in the realm of business litigation and general liability matters, including defending public entities and handling the defense of a wide variety of civil cases, including personal injury cases, subrogation cases, and construction defect cases. Prior to joining the firm Mr. Hyun laid the foundation of his legal background by advising clients on business litigation matters, spending a formative part of his career spearheading contracts for business transactions and forming/developing businesses. His extensive experience also includes providing legal counsel to security companies regarding licensing and compliance, as well as to cannabis businesses and related vendors in navigating the growing cannabis industry in California.

Mr. Hyun has been and continues to be a featured speaker at seminars and conferences, including the California Association of Licensed Security Agencies, Guards & Associates (CALSAGA). Mr. Hyun has spoken about Cannabis in California, a lecture which dealt with the evolving cannabis regulations in California and their rippling legal effect on cannabis businesses themselves and other companies that conduct business with them.