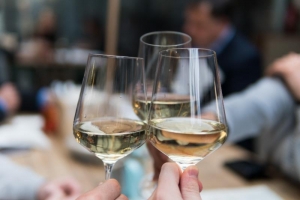 Can an employer be liable for an employee’s car accident during his/her commute to and from work? Under the “going and coming” rule, employees are generally considered to be outside the course and scope of their employment while commuting between work and home. However, there are exceptions to this rule under applicable California case law, and these exceptions are expanding the definition of “course and scope” of employment. What about a company-sponsored party? Do the same rules apply?

The employer-sponsored office party is a great way to boost office morale and build camaraderie. Often alcohol is served. But what happens if your intoxicated employee gets into an accident on his/her way home from the party? Are you, as the employer, liable for the damage? The answer, of course, is “it depends,” based on the facts of each case.

It is always a risk for you, as an employer, to provide alcohol to your employees. Although there are no hard-and-fast rules, California courts determine whether an employee’s wrongful acts are committed during his “scope of employment” by one of two ways: (1) was the act required by the employer or incidental to the employee’s duties; or (2) was the employee’s misconduct reasonably foreseeable by the employer?

If you, as the employer, sponsor an event and pay for the alcohol served at that event, you may be liable for your employee’s accident on his drive home and the resulting damage. Consider the following situations:

● The Company sponsors an event and serves alcohol.

An employee attended a holiday party hosted by his employer where alcohol was served. He became intoxicated but drove home, arriving safely. He did not consume any additional alcohol after leaving the party. Twenty minutes later, he left his house to drive a co-worker home, during which time he was involved in a motor vehicle accident where another person was killed.

The Court of Appeals held that the employee had become intoxicated at an employer-hosted function/party, with the employer’s stated or implied permission; therefore, the social or recreational activity was considered within the course and scope of the employee’s employment. It was irrelevant when the accident happened since it was foreseeable that drinking and driving could result in a motor vehicle accident. Additionally, a drinking event with employees may benefit the employer simply because it improved employee-employer relations, morale, and camaraderie. ( Purton v. Marriott Internat., Inc. (2013) 218 Cal.App.4th 499.) 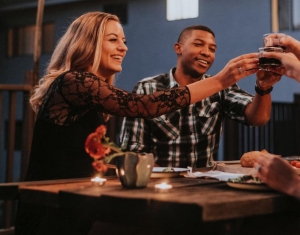 At a 24-hour construction site there was a “dry house” which had showers and lockers so employees could shower/freshen up/change clothes after their shift. Although the dry house had a sign prohibiting alcohol, it was not unusual for the men to drink beer there after a shift, particularly on Friday nights. The supervisors made no effort to stop the drinking and in fact they frequently joined in.

One Friday after their shift ended at 4:00 p.m., two workers went to the dry house and changed clothes. While working on one of the worker’s pickup truck in the employee parking area, they consumed three to four beers. The office manager was present and also drank beer.

About 8:00 p.m. the two workers decided to leave and began to search for a fellow employee from whom they could borrow money so they could continue drinking in a nearby town. They approached Rodgers, who was operating a bulldozer, and asked him for a ride, which he refused. Both workers began beating Rodgers, who sustained serious multiple injuries, necessitating numerous surgeries.

● Employer has strict rules regarding alcohol.

Each year after the plant closed at noon on the last working day before Christmas, a group of employees would hold an informal potluck luncheon in the office area. The employees were 100% responsible for the event—from spreading the word to paying for and preparing the food and beverages—and everyone understood that attendance was completely voluntary. Because of the company’s anti-alcohol policy, no alcohol was served or consumed at the party or within the facility’s fenced-in premises.

Some of the employees exchanged gifts at the party, including bottles of liquor. At about 1:00 pm some employees went to a nearby store, bought some beer, parked in a parking lot outside of the facility’s fenced-in premises, and continued the party out there. Even the plant foreman joined in for a few minutes before going back inside. After the luncheon was over and the gate was locked, the drinking party continued in the parking lot until around 4:00 p.m. The participants consumed one of the bottles of whiskey that a party-goer had received at the luncheon.

On his way home, one of the employees drove across the center line and hit a vehicle head on, killing one of his passengers. The employer was held not liable for the accident because the employee was not performing any work-related service to the employer. The drinking was neither required, nor an incident to his job; it was purely for his own personal benefit, and prompted by his own personal motivations. ( Harris v. Trojan Fireworks Co. (1984) 155 Cal.App.3d 830 . )

As one California court noted, if an employer permits or encourages the consumption of alcohol among its employees for the benefit of the enterprise, “fairness requires that the enterprise should bear the burden of injuries proximately caused by the employees’ consumption.” ( Childers v. Shasta Livestock Auction Yard, Inc. (1987) 190 Cal.App.3d at 810.) Thus, the safest course of action for employers here is simple: Don’t serve or pay for alcohol at company functions and don’t allow alcohol to be consumed on company premises. And remember, now that marijuana consumption is fully legal in the state of California, this same advice applies to other intoxicating substances as well. If you do not serve or authorize alcohol, you might recommend that the employer pay for a ride share or a taxi for anyone that wants it, as well as to offer round-trip so the employee can come the next day to pick up his or her car. 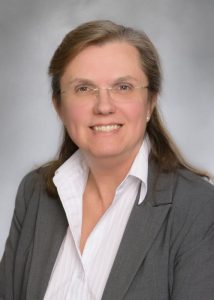 Angela M. Rossi, Esq. is an experienced attorney who has over three decades of solid expertise practicing law. She is an accomplished litigator both in and out of the courtroom with experience that includes countless trials and binding arbitrations. Her law practice includes products liability, premises liability, security guard law, construction defect, trucking company defense and personal injury. In her construction defect practice, Ms. Rossi is highly skilled in defending small subcontractors to general contractors and large developers.

She earned her Bachelor of Arts at the University of New York, Albany and then acquired her Juris Doctor from the Pepperdine University School of Law. 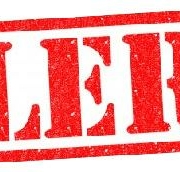