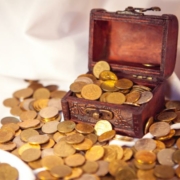 By Robert A. Crook, Esq. 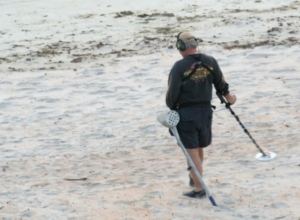 It’s June. Time to think about returning to the beach to enjoy barbecues, sandcastles and following Grandpa around the dunes with his metal detector!

In the 1980s a fisherman and his daughter had gone fishing at a local spot in County Cork, Ireland. On the way back, they happened to walk past a garbage bin where old TVs, sofas and other broken pieces of rubbish were dumped. On the ground next to the bin were a few old paintings. The fisherman liked to collect things so he decided to take the paintings home. Then, for the next 20 years, he forgot about them until 2008 when he decided to take the paintings to Antique Roadshow, the popular TV program. That’s when he learned that one of the paintings was a watercolor painted in the 19th century by the American painter, Winslow Homer when he was living in the Bahamas. The painting was valued at over $100,000! The fisherman decided to have Sotheby’s sell the painting in New York. But once the descendants of the family who had commissioned the painting back in 1885 found out about the sale, they claimed the painting had been stolen (although no burglary report was ever made by the family) and that it rightfully belonged to them. Sotheby’s withdrew the painting from the scheduled auction and never sold it.

So, who does the painting belong to?

The answer is: It depends. The reality is, it is not always easy to support your claim with the old legal authority found in Finders v. Keepers. Occasionally, there are criminal and civil liability issues associated with lost and found property. To a large degree, whether or not the found item is automatically yours depends on what can be discerned about its original ownership. Here are some of the pertinent questions to ask…

Are there any clues about the item’s true owner? California Penal Code §485 prohibits one from keeping lost and found property when there are clues identifying its true owner. Where such clues exist, the finder must make a reasonable attempt to locate the former owner, or risk facing criminal charges. In the case of criminal charges, the severity of the offense often depends upon the value of the found property.

A great example of this would be the Olympian’s ring that was recently found with a metal detector during a beach outing. The ring was engraved with the name of an Olympian who competed with the U.S. Olympic team in 2018. Fortunately, the finder followed the law and contacted the athlete. The reunion of ring with athlete generated a lot of good publicity and positive memories for all those involved. But if the finder hadn’t followed the law, the story may have had a very different ending.

What is the item worth? Civil Code §2080.1 provides that when it appears the property is worth $100 or more, it must be turned over to the police or sheriff. If no one comes forward within 90 days to claim the property, then the finder gets to keep it.

Is it likely that the original owner cannot be identified? If the found property appears to be worth less than $100, and if the circumstances surrounding the finding suggest that the original owner of the property cannot be located, then “finders keepers” applies. In this situation, the finder does not need to notify law enforcement, and can keep the found item without being guilty of a crime. Generic items worth less than $100, such as unidentifiable coins, jewelry and mementos, are probably safe to claim ownership over if the surrounding facts do not suggest an owner can be found.

Do you own the property in which the item was found? Apart from criminal statutes, civil ownership claims relating to lost or abandoned property are more complex. When someone stumbles upon treasure, the most important issue is often whether someone else has a better claim. These situations can be fact-specific and can be affected by ownership of the property at which the valuables are found. For example, when you buy something, you normally get to keep anything hidden within it, such as when someone buys an old trunk for $50 and gets to keep the $5,000 that was found hidden in the trunk. It is a tricky distinction, but where property is intentionally sold, or left behind, any assets hidden within it are generally deemed legally “abandoned.” 28 Op.Atty.Gen. 1.

Lost property, like coins and jewelry accidentally dropped at the beach, are considered to have been inadvertently left behind. As discussed above, whether or not you can keep lost property depends on the item’s value and your ability to identify the original owner.

Mislaid property is property that was intentionally put somewhere, but then forgotten. Mislaid property is legally supposed to be safeguarded until someone emerges with a better claim. Civil Code §2080 is consistent with the California Penal Code in that it requires a person who finds a lost item to take charge of it as “a depositary for the owner,” and then inform the owner, if known, and make restitution.

The process of resolving conflicting claims to mislaid property has resulted in seemingly arbitrary interpretations of known facts. For example, multiple instances have occurred where a prior owner of a home has hoarded large sums of cash within the house. A subsequent homeowner who locates the mislaid cash may face a competing claim if the prior owner, or the prior owner’s family, asserts that the hidden cash was misplaced and could not be found before the sale of the house. In these instances, often the best tactic for resolving the dispute is to get the claimants before an effective mediator before significant litigation expenses are incurred.

So whatever happened to the Irish fisherman and his painting? Sadly, the painting’s ownership is still in dispute and it remains in Sotheby’s possession until the raging legal battle between the two families is resolved.

Here’s hoping that you find lots of unexpected treasures this month! 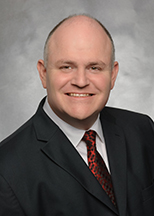 Robert A. Crook, Esq. has extensive experience in the courtroom, successfully trying numerous jury and bench trials over the last two decades. He currently draws upon a variety of experience in civil liability litigation, including complex litigation, business and commercial disputes, construction defect, medical malpractice, and products liability matters. He has published numerous appellate cases as well as authoring several legal articles in a variety of publications.

As part of his commitment to provide quality legal services to the community, Mr. Crook volunteers his time as an arbitrator and judge pro tem for the Los Angeles Superior Court. He is also on the Board of Directors and is a regular speaker for the Pasadena Society of Artists.

Free Speech vs. Property Rights – Who Wins?
Scroll to top