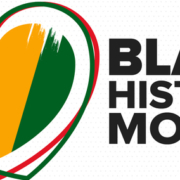 February is often known as the month of love – a time for Valentine’s Day, greeting cards, chocolates, flowers, and much more. While February may be the shortest month of the year, it is full of beloved holidays from Groundhog Day (February 2) to Chinese New Year (February 12), including the birthdays of two great American presidents, Abraham Lincoln and George Washington (President’s Day – February 15). Despite these notable events, the month of February is still best known for Valentine’s Day. But for many, the month of February is important for another reason – Black History Month.

The story of Black History Month has its origins in Chicago, during the summer of 1915, with Dr. Carter G. Woodson whose black history display caught the attention of six to twelve thousand viewers. Inspired by this, Dr. Woodson helped create the Association for the Study of African American Life and History through which he initiated the first Negro History Week in February 1926.

It is said that Dr. Woodson chose the month of February for reasons of tradition and reform. He selected February to encompass the birthdays of Abraham Lincoln and Frederick Douglass, two key figures in the history of African-Americans, whose birthdays have been traditionally celebrated by the African-American community. He strategically built Negro History Week around those traditional days of commemoration to help expand the public’s understanding of African-American history. At the same time, Dr. Woodson believed it was important to shift the focus away from these two, great men and onto the countless African-American men and women who had contributed to the advance of American civilization.

Accordingly, the celebration was expanded to a month in 1976, the nation’s bicentennial, and nearly fifty years after the first celebration. President Ford urged Americans to “seize the opportunity to honor the too-often neglected accomplishments of black Americans in every area of endeavor throughout our history.” Since then, nearly every American president, regardless of his political association, has issued proclamations endorsing Black History Month.

The United States Supreme Court, through its interpretation and application of the Constitution, has also helped shape the course of African-American history. For example, in 1857, the Court’s decision in Dred Scott v. Sandford held that “a negro, whose ancestors were imported into [the U.S.], and sold as slaves,” whether enslaved or free, could not be an American citizen and therefore had no right to sue in federal court. However, over the years the Court’s interpretation and application of the Constitution changed, providing African-Americans with greater access to justice. In 1896, the Court held, in Plessy v. Ferguson, that segregation was legal and constitutional as long as “facilities were equal” – the famous “separate but equal” doctrine. Almost 60 years later, in 1954, the Court reversed its “separate but equal” ruling and held in Brown v. Board of Education that segregation in public schools was a denial of the Constitution’s equal protection clause. Most appropriately, in 1967, the Court held, in Loving v. Virginia, that the prohibition on interracial marriage was unconstitutional – forcing 16 states that still banned interracial marriage to revise their laws.

Black History Month is meant to deepen our understanding of our nation’s history. However, it is often overlooked and overshadowed by other holidays, such as Valentine’s Day. But without the Court’s decision in Loving, the 1 in 6 Americans who have a spouse of a different race or ethnicity would not be able to join the millions of other Americans in celebrating the famous month of love. This is just one of the many reasons why it is important to continue to honor our nation’s history while also celebrating the African-Americans who helped contribute to its success. 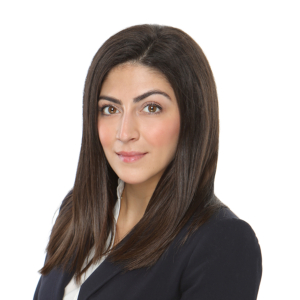 Mellania E. Safarian, Esq. is an experienced litigator whose practice primarily focuses on the defense of individuals and companies in a variety of insurance defense related matters, including product liability actions involving pharmaceuticals, medical devices, and auto manufacturers. She has also had the rare opportunity to second chair a civil jury trial to verdict. In 2020, Ms. Safarian was recognized as a Rising Star by Super Lawyers for Civil-Litigation-Defense.

As Luck Would Have It
Scroll to top