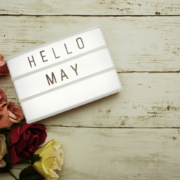 In 1914, President Woodrow Wilson issued a presidential proclamation that officially established Mother’s Day as a national holiday to be celebrated on the second Sunday of May. This day was chosen to honor one of the most important persons in our lives. Over the years, this holiday has become very commercialized, with greeting cards, flowers, chocolates, and jewelry leading gift purchases which reached an all-time high of $25 billion (yes, that’s a “B”, as in Billions) in 2019.

Despite the impressive impact of Mother’s Day on our economy, it is not the only significant holiday in May. There is another holiday of national significance which honors those who are also very important in our lives – the men and women who died while serving in the United States military.

It is unclear where Memorial Day was first observed, but the day was created shortly after the end of the Civil War in 1865. The American Civil War is estimated to have taken around 620,000 soldiers’ lives. This single event took more lives than any other war in U.S. history. Nearly as many men died in captivity during the Civil War as were killed in the whole of the Vietnam War.

On May 5th 1868, General John A. Logan — alongside a group of Northern Civil War Veterans — pushed for a national day of remembrance for the lost soldiers of the conflict. He chose the 30th of May for this purpose, proclaiming that people should show respect by decorating the graves of the dead. The 30th of May was chosen to honor this day, because it did not mark any significant battles in history. By 1890, all Northern States had made Decoration Day into a state holiday. However, Southern States refused to acknowledge Decoration Day until after World War I, when the day was recognized to celebrate all of those who sacrificed their lives for their country in American wars, and not just those fallen during the Civil War. Thereafter, in 1968, the Uniform Monday Holiday Act was passed by Congress, and Decoration Day/Memorial Day went from being celebrated on the 30th of May, to being celebrated on the last Monday of May, to give American workers a three day weekend.

Our respect and appreciation of the men and women who fight for this country is also demonstrated in the form of the Uniformed Services Employment and Reemployment Rights Act (USERRA). Congress has enacted several laws under USERRA specifically designed to protect the civil rights of service members, both while they are on active duty and after they return to civilian life. These laws ensure that service members will be able to vote while they are stationed overseas, return to their civilian employment after completing their service, and have certain civil financial protections while on active duty. Additionally, service members who have been injured during their service and return to civilian life with a new disability have civil rights guaranteed by the law.

The Service members Civil Relief Act (SCRA), formerly known as the Soldiers’ and Sailors’ Civil Relief Act (SSCRA), is also a federal law that provides a wide range of relief for active duty service members. The law’s purpose is to postpone or suspend certain civil obligations so that service members can focus their full attention on their military responsibilities without adverse consequences for them or their families back home. It covers issues such as rental agreements, security deposits, prepaid rent, eviction, installment contracts, civil judicial proceedings, automobile leases, life insurance, health insurance and income tax payments. For mortgages, trust deeds, or other mortgage-related securities, service members get an interest rate reduction which extends up to one (1) year after they leave military service. For all other credit obligations, the interest rate reduction remains in place until the service member leaves the military.

While Memorial Day was founded to honor America’s military fallen, many people on this day also honor their non-military loved ones who have lost their lives. With nearly 600,000 Americans having lost their lives in the battle against Covid-19, this pandemic is inching ever closer to the death toll of the Civil War. These brave Americans should also be recognized this Memorial Day weekend. While stores and restaurants are starting to open up again and we, as a nation, can again attend baseball games and have outdoor barbeques, we should not forget those less fortunate than us who are no longer here.

Oh –and what exactly is Lei Day? It turns out that Lei Day was first celebrated in 1927 by the Bank of Hawaii to honor Hawaiian culture, or the aloha spirit. Eventually, in 1929, Lei Day became an official holiday in the state of Hawaii where it is also popularly known as “Hawaiian May Day” – and celebrated every year on May 1st. 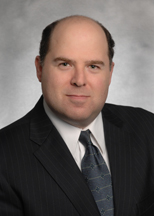