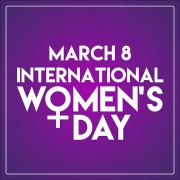 International Women’s Day is a public holiday celebrated every year on March 8. The day is to honor the international movement for women’s rights and the continuous battle to achieve equality for women.

Since the first International Women’s Day rally in 1911, people have been fighting for gender equality and prohibiting gender discrimination, especially in the arena of the workplace. As a result, some notably significant anti-gender discrimination laws affecting California businesses have been enacted including, The Equal Pay Act – banning wage disparity based on sex (1963); Title VII of the Civil Rights Act — prohibiting sex discrimination in employment (1964); The Pregnancy Discrimination Act -banning employment discrimination against pregnant women (1978); and the California Fair Pay Act –strengthening the Equal Pay Act (2015). Additionally, the United States Supreme Court has held that women cannot be systematically excluded from jury panels ( Taylor v. Louisiana (1975) 419 U.S. 522), and a work environment can be declared hostile or abusive because of sex discrimination ( Meritor Savings Bank v. Vinson (1986) 477 U.S. 57).

Although gender equality has made significant steps in the past 100 years, the issue of gender and sex equality remains highly controversial to this day. Recently, California has been in the hot seat because of its latest efforts to achieve “gender equality” in the workforce.
California Leads the Way

On October 1, 2018, Governor Jerry Brown signed Senate Bill 826 into law which requires that companies incorporated in California — as well as foreign corporations whose headquarters are in California and which are listed on major U.S. stock exchanges — have at least one female director at the close of calendar in 2019. This new law only applies to publicly traded companies and not to privately owned companies.

As it stands, “One-fourth of California’s publicly traded companies still do not have a single woman on their board, despite numerous independent studies that show companies with women on their board are more profitable and productive,” California State Senator Hannah-Beth Jackson told The Wall Street Journal.

Proponents of SB 826 reason that the new bill will boost the economy, improve opportunities for women in the workplace, and protect California taxpayers, shareholders, and retirees. Numerous studies have found that companies with women on boards improve growth, performance, and earn more equity and earnings. Countries like Norway, France, Spain, and Netherlands have seen economic success as a result of requiring females on corporate boards.

On the flip side, critics worry that the new law is an unconstitutional gender quota requirement and that it only considers gender instead of other types of diversity. Thus, SB 826 could be vulnerable to legal challenges on equal protection grounds for creating an express gender classification. Some critics even predict that pressure from quotas will lead to unqualified female members serving on the corporate boards and potential discrimination against male candidates.

The fate of SB 826 will be tested by critics and efforts to overturn the law. Until then, qualifying businesses are advised to prepare for compliance by the end of this year.

In the meanwhile, California legislators continue to battle against anti-discrimination by implementing a new law that prohibits employers from asking employees about past salaries. Another law forbids employers from using pay history to justify less compensation for anyone based on gender, race or ethnicity. Instead, employers are permitted to set different pay levels based on seniority, skills, productivity or some other “factor other than sex.”

Reconciling Gender Equality with the Law

Social change takes time, as it is a continuous effort to improve the status quo. It took hundreds of years for the Constitution to recognize people should not be discriminated because of their gender, and it is projected that it will likely take another 40 to 50 years to see the economic benefits of gender-based laws similar to SB 826.

Celebrate this International Woman’s Day by not only looking back at the progress made towards gender equality in just the past 100 years, but also looking forward towards the legal steps towards achieving greater gender equality, regardless of a person’s gender, sexual identity or sexual orientation.

Bradley and Gmelich, LLP delivers specialized advice to our clients on a wide array of business matters, including compliance with the new anti-discrimination laws. Please contact us for assistance with all of your business and employment needs. 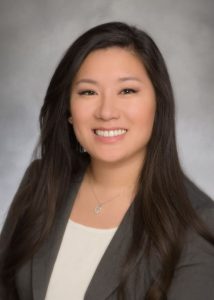 Lily Nhan earned her undergraduate degree with honors from the UCLA. She majored in Global Studies, concentrating in International Economics and minored in Chinese. She received her Juris Doctorate degree from Villanova University School of Law, in Philadelphia.

Ms. Nhan has extensive litigation experience involving premises liability, motor vehicle collisions, dog bites, construction defect, catastrophic injuries, and wrongful death. Her litigation experience working for both the plaintiff and defense bar has helped her become successful in achieving outstanding resolutions for her clients where she defends both strategically and passionately to achieve favorable resolutions to civil claims. Ms. Nhan is fluent in Mandarin-Chinese.